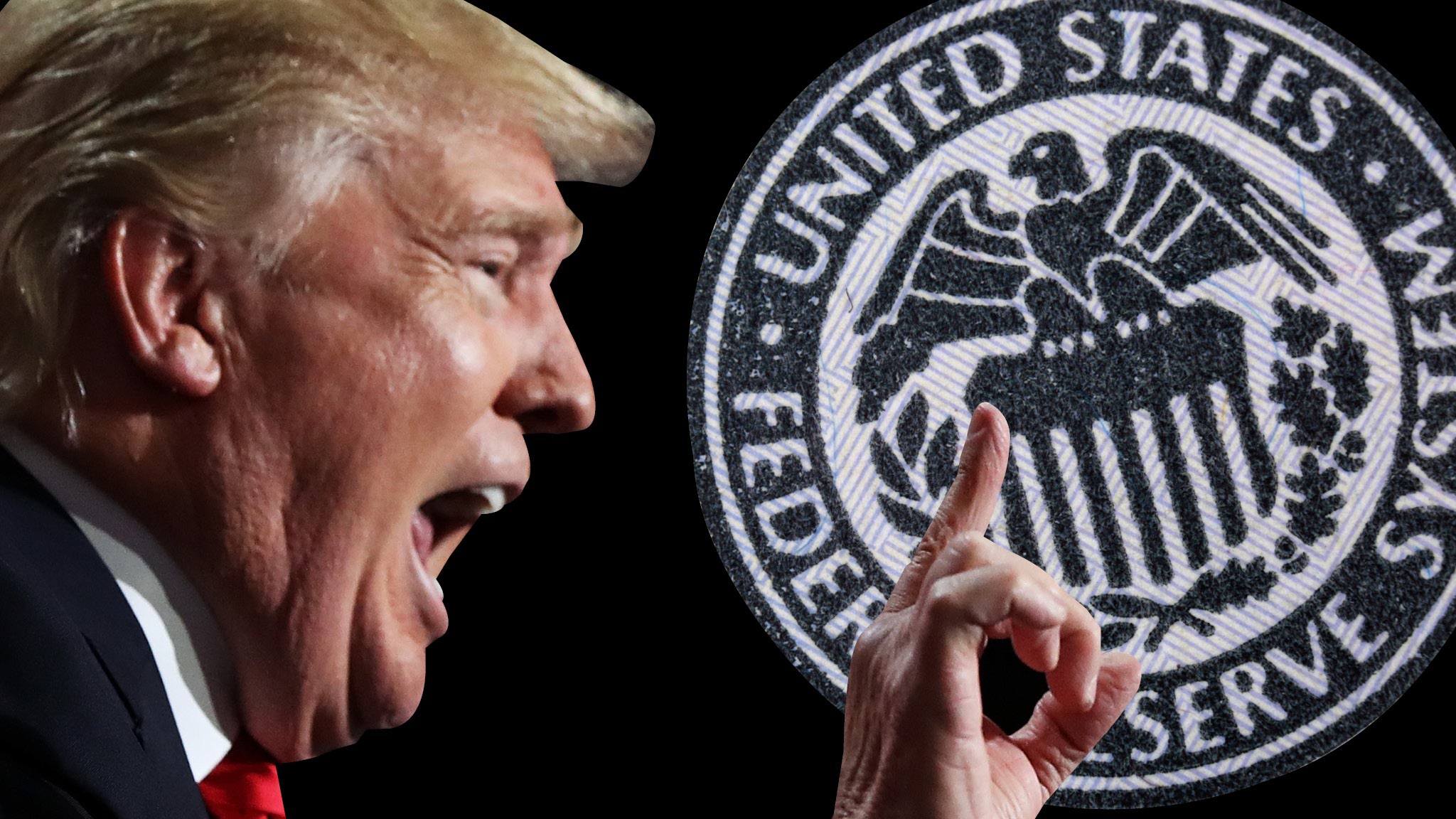 Donald Trump again on wednesday bashed the fed reserves on imposing high interest rates on the United States. In his tweets Donald Trump suggested the federal reserve that they should bring down the interest rates to zero or even below zero to refinance our debts. Trump further added to his tweet that ‘our currency, power and balance sheets are all in great form.

"The Federal Reserve should get our interest rates down to ZERO, or less, and we should then start to refinance our debt. INTEREST COST COULD BE BROUGHT WAY DOWN, while at the same time substantially lengthening the term. We have the great currency, power, and balance sheet....."

Donald Trump in addition to blaming the feds and their higher interest rates also called them “Boneheads” and said that because of them we are missing a lifetime opportunity. He added that there isn’t any inflation but it is only the naïveté of Jay Powell but the fed reserve don’t wants us to benefit like other countries are doing.

"....The USA should always be paying  the lowest rate. No Inflation! It is only the naïveté of Jay Powell and the Federal Reserve that doesn’t allow us to do what other countries are already doing. A once in a lifetime opportunity that we are missing because of “Boneheads.”

This is not the first time that Donald Trump has asked the federal reserve to reduce the interest rates. Trump has been asking them repeatedly after he started the trade war with China which is not going so well. Donald Trump wants to cover his trade war mess by reducing the interest rates and the federal reserve has been refusing to do so. The war has affected Americans alot and will have even more drastic effects if the two economic power don’t come to a solution.

Donald Trump also tweeted about China suspending Tariffs from some of U.S goods. He also stated that China is hit very hard . The trade war is far expensive to China than it was thought.

“China suspends Tariffs on some U.S. products. Being hit very hard, supply chains breaking up as many companies move, or look to move, to other countries. Much more expensive to China than originally thought.”