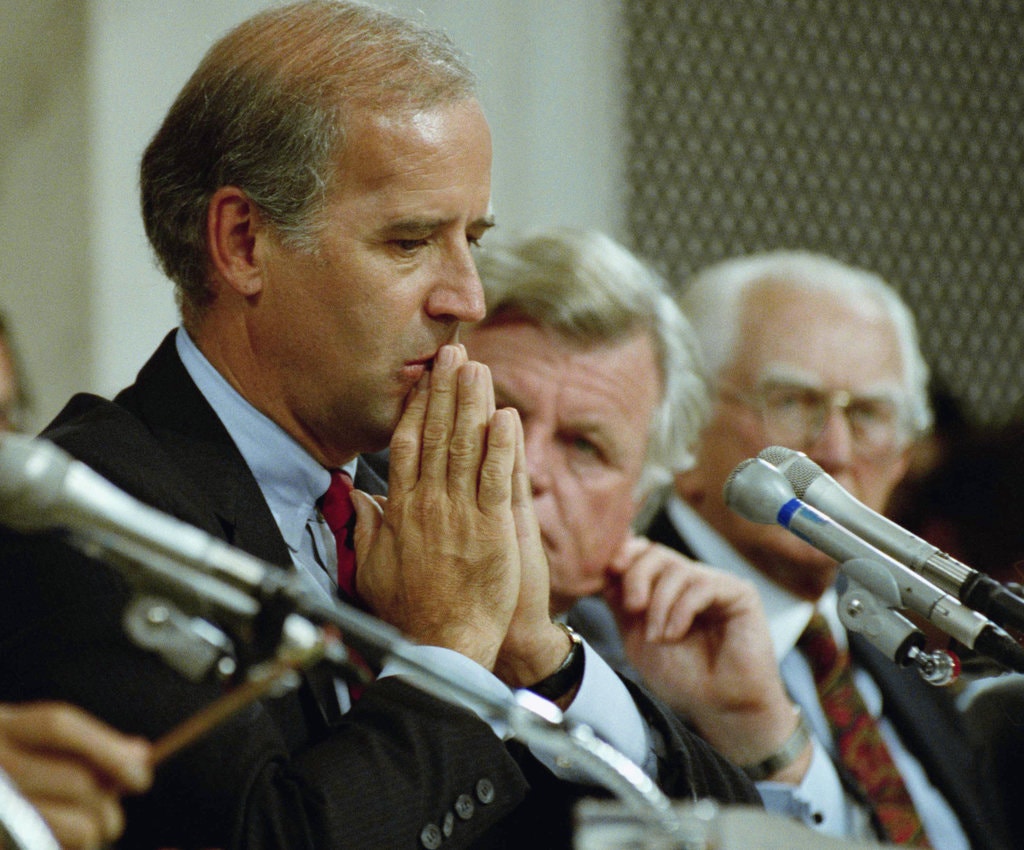 Presidential Candidate Joe Biden for 2020 election against President Donald Trump is almost at the top of the presidential candidates list. By the time he is doing so well, an old issue of the Joe Biden and Anita Hill controversy has become a serious issue for Joe Biden.

Joe Biden 2020 election candidate has duely accepted that at that time when he was Chairman of the committee, Anita Hill was not treated so well and I take responsibility for that, Joe Biden accepted his mistreatment of Anita Hill sexual harassment issue.

“Biden told me personally that he didn’t believe her. He said, ‘I don’t know why she did this.’ I don’t mean to malign Joe, but Joe told me he didn’t believe her and there were some others that told me that, too,” Hatch says in a Fox Nation documentary titled, “The Confirmation Chronicles Vol 2: High-tech Lynching.” According to Desert news.

What did Anita Hill do?

Anita Hill allegations of sexual harassment against Clarence Thomas: Anita hill who was working under the supervision of Clarence Thomas claimed that Thomas ask her to go out  with her many time and when she refused he start discussing sex subject at work situations. "He spoke about ... such matters as women having sex with animals and films showing group sex or rape scenes," she said, adding that on several occasions Thomas graphically described "his own sexual prowess"

Anita Hill became a national figure in 1991 when she accused U.S. Supreme Court nominee Clarence Thomas, her supervisor at the United States Department of Education and the Equal Employment Opportunity Commission, of sexual harassment.

What did Biden do Anita Hill:

Joe Biden was the Chairman of the committee and Anita Hill testify before him. Joe Biden did not take her seriously and he said in an interview that " He was less attacking the attackers" of Ms. Hill “more frequently and consistently.” Biden admitted. In an another occasion Biden said that he wished that he had done something,"

“She faced a committee that didn’t fully understand what the hell this was all about. To this day, I regret that I couldn’t give her the kind of hearing she deserved,” he said. “I wish I could have done something.”According to NYT.

“I’m sorry for the way she was treated,” Mr. Biden responded. “If you go back to what I said, and didn’t say, I don’t think I treated her badly.” Biden apologizes her.

“What I do feel badly about is the bad taste that got left in the mouth of some of the people around Anita Hill, and maybe even Anita,” Mr. Biden said, according to HuffPost.

In 1991, President George H. W. Bush nominated Clarence Thomas, a federal Circuit Judge, to succeed retiring Associate Supreme Court Justice Thurgood Marshall. Senate hearings on his confirmation were initially completed with Thomas's good character being presented as a primary qualification for the high court because he had only been a judge for slightly more than one year.

There had been little organized opposition to Thomas' nomination, and his confirmation seemed assured until a report of a private interview of Hill by the FBI was leaked to the press. The hearings were then reopened, and Hill was called to publicly testify. Hill said on 11 October 1991 in televised hearings that Thomas had sexually harassed her while he was her supervisor at the Department of Education and the EEOC. When questioned on why she followed Thomas to the second job after he had already allegedly harassed her, she said working in a reputable position within the civil rights field had been her ambition.