If US economy is such great, why Donald Trump is begging the feds for lower rates

Donald Trump attacked Fed chairman Jay Powell again for high interest rates. If US economy is such great, why Donald Trump is begging the feds for lower rates. 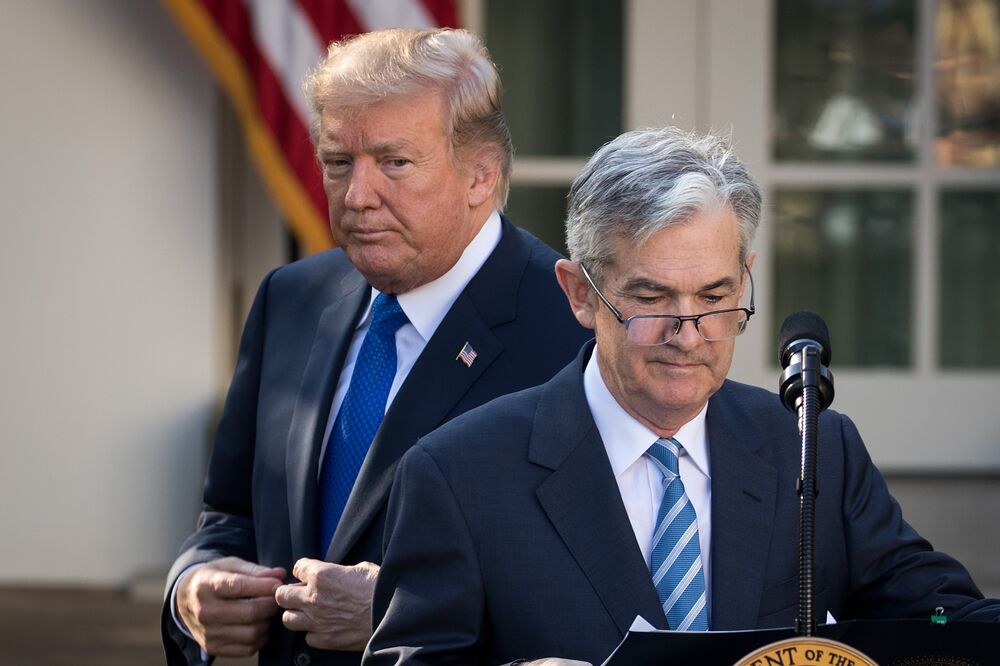 Isn’t that surprising that the US president Donald Trump is most of the time found saying that,our economy is doing great or we have the best economy in the world, but the next thing he does after that is He start targeting the Federal reserve chairman Jay Powell by saying that, he shouldn’t impose too much high interest rates or HE should reduce the interest rates down to “ZERO” or even “NEGATIVE”.

Question: If the United States economy is that good and best in the world, why do it happens the President needs feds to reduce the interest rates to zero or even negative?

Answer: Well, the answer is No, the United States  economy is not as great as president Donald Trump believes. It’s in fact devastated since president Donald Trump decided to go on a trade war option with China. President Trump dragged the US economy all the way to a term called “RECESSION” in order to satisfy his own ego or whatever he calls it. President Trump  is trying to put all the mess that he and his administration has created in the ongoing US-China trade war on the Federal reserve, Oh hey… we messed up with China now we don’t see a way out, so come and help us out of the mess. Clearly if the US economy was such great and fantastic according to president Donald Trump, He would never waste his time on pleaing or giving suggestions to a person that he himself choose to be Chairman of the Federal reserve.

The US-China trade war had cost the Americans a lot. The manufacturing companies are crying, the farmers are doomed, The Congressional Budget Office has estimated that the trade war between the two biggest economies is going to reduce the average US household income by 580 dollars by 2020. The transport companies are praying for a better day.

Earlier on Sunday president Donald Trump once again giving suggestions to Jay Powell on how to compete with the Tier 1 world countries and probably very innocently reminding him that he could get fired too like many others... “Go across the world and you’ll see either very low interest rates, or negative rates. The President wants to be competitive with these other countries on this, but I don’t think he’ll fire Jay Powell (even if I should!).” We should always be paying less interest than others!

This is not the first time Donald Trump tweeted about the feds Chairman Jay Powell. He has been attacking Jay Powell on almost a daily basis trying to convince him on cut rates.  On one occasion President Trump said that He is not thrilled by the strong dollar in fact the feds high interest rates are keeping the dollar high.

President Donald Trump is more concerned about the feds high interest rates rather than his own mistakes that he made. Threatening the Chairman or firing him is not going to bring the United States economy back on track.