Did Donald Trump unintentionally admit hands in Ukrainian scandal over the Biden's investigation. 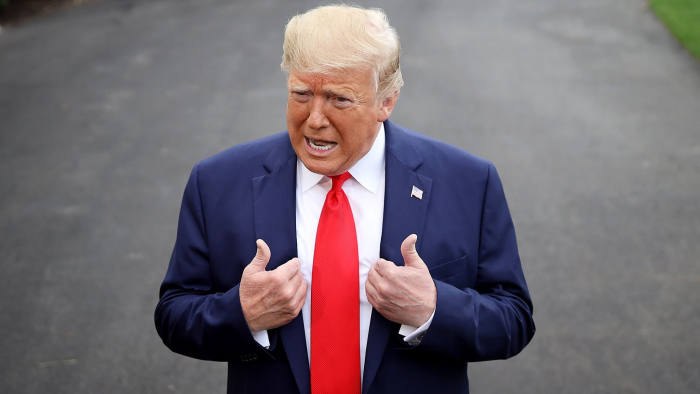 President Donald Trump on friday stated in his tweet that it is his duty and obligation being a president of the United States to request help from foreign country or even countries in order to eradicate ‘CORRUPTION’. He added that this is being done all the time and it has nothing to with the politics or political campaign against Biden’s.

“As President I have an obligation to end CORRUPTION, even if that means requesting the help of a foreign country or countries. It is done all the time. This has NOTHING to do with politics or a political campaign against the Bidens. This does have to do with their corruption!”

President Trump on another occasion said that being a president this is his right or even duty to investigate or have investigated ‘CORRUPTION’ and he will ask suggestion from other countries.

This isn’t about a Campaign, this is about Corruption on a massive scale!
“As the President of the United States, I have an absolute right, perhaps even a duty, to investigate, or have investigated, CORRUPTION, and that would include asking, or suggesting, other Countries to help us out!”

Completely shattered by an impeachment call which looks quite disturbing for him, Donald Trump has been defending himself against the whistleblowers accusation and trying to convince Americans that he has no hands in asking for Biden’s investigation over corruption in Obam’s era. Donald Trump many time gave the reference of the Ukrainian president statement who according to Donald Trump said that ‘Trump did not pressured the Ukrainian side over the Biden’s investigation’.

From the recent tweets of Donald Trump it looks like Trump is trying to tie the Ukrainian scandal stuff to the presidential duties as he may know that its unable to recover from it in any other way better than that.